Jackson’s Grant Village, which will sit on roughly 21 acres just south of Jackson’s Grant on the corner of Spring Mill Road and 116th Street, will contain 19 single-family homes, 52 townhomes and up to 20,000 square feet for small-scale commercial use.

More: Carmel is running out of land for homes. The proposed solution: granny flats.

The current Jackson’s Grant neighborhood has homes ranging in price from the $600,000’s to over $1.5 million, with the more expensive homes sitting further to the north. 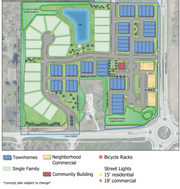 A map of the proposed Jackson’s Grant Village. (Photo: Provided by Carmel.)

Some of Jackson’s Grant neighbors are concerned about the increased density that comes with the townhomes and the allowance of commercial uses. Both, they said, could lower their property values and increase traffic in the area.

Other neighbors saw being able to walk to a commercial area as a perk. Republic Development, the developer behind both Jackson’s Grant and the Village, hopes to attract small businesses like coffee shops, fitness studios or art galleries. Up until Monday, Republic was making changes to the proposal by limiting what commercial uses were allowed.

Liquor and tobacco stores, for example, cannot be opened in the Village.

Historically, Spring Mill Road has acted as a border against most commercial creep onto the west side north of 116th Street, except for within the Village of WestClay. In the city’s master zoning plans, the northwest side of the city is listed as low density.

The council approved the measure by a 5-3 vote with Tim Hannon, Miles Nelson and Tony Green voting against it. Sue Finkam was absent.

“I’m voting against it,” Nelson said, “purely because of the number of residents of the neighborhood that did not want to see a commercial development.”

While their numbers were different, both Hannon and Council Member Jeff Worrell’s counts showed that more people indicated their opposition to the project than their support in emails to the council.

The Plan Commission had sent the proposal to council with an unfavorable recommendation, but Worrell said one member indicated he now supported the project after originally voting against it because of changes the developer made. 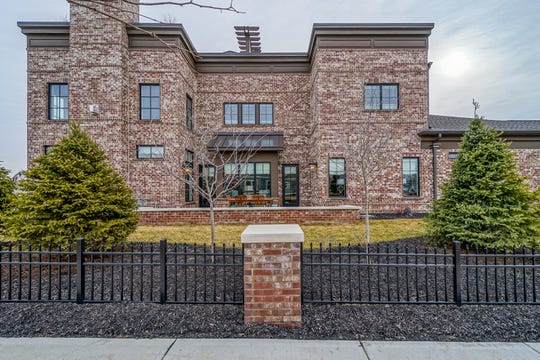 Worrel and other city council members pointed to the sizable amount of pushback on projects that came before previous city councils, including for Jackson’s Grant itself in 2011, as proof that over time the community would grow to love this project too.

“I am yet to receive an email saying they made a mistake,” Worrell said of the 2011 vote for Jackson’s Grant. “For that reason I will cast my vote in favor of Jackson’s Grant Village.”

He added that elsewhere in Carmel, residents love the small commercial spaces near their homes.

This was the second controversial land-use proposal council voted to approve in recent weeks. During the Carmel City Council meeting two weeks ago, council voted 5-4 to approve a townhomes project on 146th Street, despite pushback from some neighbors.

Central banks 'troubled and intrigued' by expansion in digital currency

Tue Aug 25 , 2020
DBS describes the growth of digital currency as both fascinating and daunting in a new research paper, ‘Digital Currencies: Public and Private, Present and Future’. The Singaporean bank has produced the paper to appraise the latest developments in public and private digital currencies, with a view to publishing quarterly updates […]