DBS describes the growth of digital currency as both fascinating and daunting in a new research paper, ‘Digital Currencies: Public and Private, Present and Future’.

The Singaporean bank has produced the paper to appraise the latest developments in public and private digital currencies, with a view to publishing quarterly updates on the industry.

The paper claims that Asia is the world’s largest digital payments market, accounting for half of the world’s top ten crypto exchanges measured by traffic, liquidity and trading volume.

Digital currencies have “captured the investor zeitgeist”, whether it be speculation, precaution or simple portfolio diversification, powered further by the unprecedented levels of financial stimulus being injected by central banks to counter the Covid-19-related economic headwinds.

While Bitcoin is still seen as the flagship of crypto, the paper stresses the proliferation that the space has seen, citing the 2500+ currencies listed on coinmarketcap.com.

A considerable number of moving parts are involved in digital currencies, with the paper citing the layers of computer science and cryptography, payments systems, monetary policy and financial stability as examples.

It is therefore not surprising that “misconceptions abound”, despite the steady adoption of digital currencies into the mainstream.

DBS believes also that any hopes of digital currencies signalling some sort of revolution in the financial system should be held in check, as digitisation is now the well-established status quo.

Management of reserves at central banks, for example, have been handled digitally for over half a century. Mobile payments and digital wallets are also well established and fast, efficient solutions for public and private settlements have been provided by the likes of RTGS, CHIPS and SWIFT for decades.

With this in mind, the key innovation over the past 10 to 15 years has been improvement in mobile computing power and connection speed, bringing instant digital payments to consumers’ fingertips, epitomised by cryptocurrencies.

Tue Aug 25 , 2020
ByTyler Buchanan– If you can follow the money, state Rep. Gayle Manning reasons, you can follow what’s going on. That’s the main drive behind a new bill proposed by Manning, R-North Ridgeville, and Rep. Jessica Miranda, D-Forest Park, which seeks to reform Ohio’s campaign finance landscape through shining light on […] 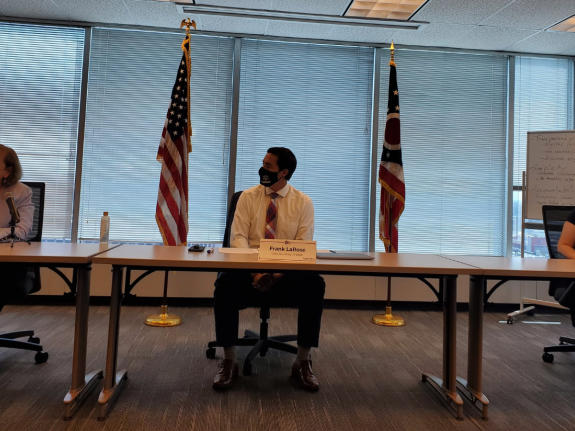