Ohio Gov. Mike DeWine brought in slightly more than $500,000 for his campaign account in the first half of this year while still carrying $4 million in personal loans to his 2018 campaign as unpaid.

At the midpoint of his second year as governor, the Republican had nearly $2.1 million in the bank for a potential run at re-election in 2022 as he attempts to weather both a coronavirus pandemic and a GOP political scandal.

DeWine-Husted for Ohio (including Lt. Gov. Jon Husted) generated $503,044 in the first half of this year, according to campaign finance reports filed with the secretary of state’s office Friday.

About $129,000 of that total came from the Ohio Republican Party picking up assorted campaign expenses, including fundraising.

A contribution of $10,000 came from Randy Kendrick, owner of Major League Baseball’s Arizona Diamondbacks. DeWine is a huge Cincinnati Reds fan and his family owns a minor league baseball team.

Though DeWine has said he plans to pay himself back, he made no payments toward $4 million in outstanding personal loans he made to his winning campaign in 2018.

In the wake of the House Bill 6 scandal, DeWine pledged to give to charities the amount of contributions he received from FirstEnergy, the Akron utility at the heart of the criminal case. No update on the donations was available Friday.

The governor’s campaign reported no contributions during the first six months of 2020 from FirstEnergy or anyone indicted in the scandal involving former House Speaker Larry Householder, lobbyist Neil Clark and three associates.

Here’s how the other Republican statewide executive officeholders, whose terms extend through 2022, fared with the fundraising:

• Attorney General Dave Yost brought in $168,393, with $119,040 of the total coming from the Ohio Republican Party picking up fund-raising and staff payroll costs. His cash balance was $523,756. His largest individual contribution of $10,000 came from Joseph Tanenbaum of Hilliard.

• Treasurer Robert Sprague reported a balance of $205,637 after receiving $24,800, with the Ohio GOP providing $18,135 for payroll and fund-raising costs. Among his six donations was $2,500 from the political action committee of Columbus-based American Electric Power.

• The Ohio Republican Party reported raising $347,150 in its state account in the first half of the year, leaving a balance of $509,789. The biggest donations of $125,000 each came from Thomas Rastin and Karen Buchwald Wright. The married couple runs Ariel Corp. in Mount Vernon.

The pair of major parties each had similar balances in their funds used to support state candidates: $775,454 for the GOP and $754,968 for the Democrats.

Wed Aug 5 , 2020
Bitcoin logos on display at the Inside Bitcoins Conference in New York. The digital currency’s value has surged again recently, jumping around 26 percent since May 27. Photo: IC China’s Ministry of Public Security (MPS) recently announced it has cracked down a transnational internet pyramid scheme involving transactions of digital […] 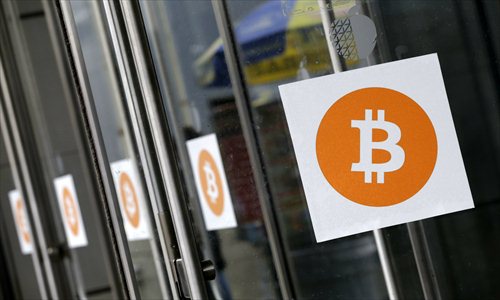