An Alabama state senator who resigned earlier this month was sentenced to one year of probation after pleading guilty to a campaign finance violation, Alabama Attorney General Steve Marshall announced Monday.

David Burkette, a Democrat who represented Montgomery in the Alabama State Senate, pleaded guilty Monday to violating campaign finance rules by depositing more than $3,600 in political contributions for his 2015 Montgomery City Council campaign into his personal bank accounts, Marshall said.

Burkette was initially sentenced to 30 days in jail, but that sentenced was suspended, Marshall said. The former lawmaker was instead placed on 12 months of probation and ordered to pay a $3,000 fine.

“Candidates for public office at the state, county and municipal levels must comply with the State’s Fair Campaign Practices Act,” Marshall said in a statement. “Personally profiting from campaign funds erodes public confidence in the system and will not be tolerated.”

Burkette resigned on Sept. 1. Last October, the Alabama Ethics Commission found probable cause that he violated campaign finance laws and referred the case for prosecution.

Burkette, a former Montgomery public school teacher and coach, was elected in 2018.

He suffered a stroke in December 2018 and attended Senate proceedings in a wheelchair.

How is Technology Changing the Insurance Industry?

Thu Oct 8 , 2020
Technology is increasingly changing the way insurers operate. FREMONT, CA: The insurance industry is modernizing itself by equipping its arsenal with a large array of innovations. Technology has been transforming almost every dimension in the world, and insurance is certainly not an exception. The expectations of insurance customers are evolving […] 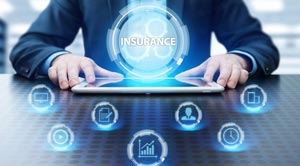