Enjoy more articles by logging in or creating a free account. No credit card required.

The Nebraska State Fair’s former finance chief has been charged with theft.

According to documents filed in Hall County Court, Patrick Kopke was charged with three counts of felony theft by unlawful taking in connection with three different incidences of alleged theft last year — in February, on July 12 and Sept. 3.

Kopke, 29, was scheduled to be arraigned Wednesday. No attorney was listed for him in online court records.

The court filing against Kopke provides few details, but it’s likely the charges stem from issues that were raised in a state audit of the fair’s finances earlier this year.

That audit showed that Kopke, who resigned from his job as the fair’s chief of finance and administration in November, created a company and approved nearly $150,000 in payments to it from the fair.

The audit could find no invoices showing the company did any work for the fair, and it also showed that Kopke had used bank accounts connected to the company to pay for more than $100,000 in personal expenses.

The fair board announced in March that an internal review of its finances turned up “suspicious” activity. Beth Smith, the board’s chairwoman, announced at the time that the board had alerted the State Patrol and the Attorney General’s Office.

How to finance a boat

Mon Sep 21 , 2020
If you dream of sunny days spent captaining a boat of your own, you may also be wondering how to finance a boat. With more than 12 million registered boats in the U.S., you are not alone. Boat loans make it possible for many boat owners to purchase vessels they […] 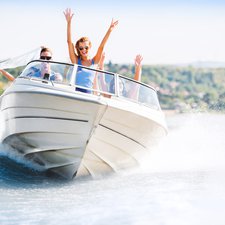