Retail continues to run into financial trouble amid the coronavirus pandemic. Yahoo Finance’s On The Move panel discusses how retailer Gap is faring.

JULIE HYMAN: And as we talk about all these challenged industries, one of those that is among those that’s felt the most pain has been retail. Gap saying today that its cash position is a bit precarious. It also says it’s going to stop paying rent, which is quite remarkable as well. Joining the ranks of reports about companies like JC Penney, Neiman Marcus that also might be running into financial trouble.

MELODY HAHM: Yeah. Well, Julie, as you recall, Old Navy, most recently, was the bright spot for Gap, right, and there were plans in place to spin off Old Navy, let it unlock its potential value being the discount retailer, you know, we remember the $5 flip-flops and whatnot. And once those plans were scrapped– and that was prior to the pandemic– we knew that Gap was in dire straits all along, right? There were many ebbs and flows throughout the last couple of years where Banana Republic had been the bright spot because we saw the luxury side of things and the business formal wear kicking off.

But across the board, Gap, Old Navy, Athleta is one of the bright spots. All of the businesses have been struggling, especially because much of their presence, as we know, are in physical malls. When you think about the malls, even Andrew Yang, our guest yesterday– one of his key platform proposals was the American Mall Act, that we would have to invigorate and revitalize our physical mall spaces just because they are going to waste, right.

So bringing schools in, bringing other entrepreneurial endeavors in– that’s something that we should have prioritized way before this coronavirus hit. So I think Gap is just emblematic of the industry’s overall problem. And to be honest, I think this is just accelerating the demise.

– Yeah, I think one of the issues with Gap has just been that it’s not really as popular as other fast-fashion retailers. They’ve been able to erode the share that Gap once had. And you don’t have those, you know, old-fashioned commercials that were super popular back in the 2000s and ’90s. They just simply aren’t a brand that really inspires much as far as individuals go.

So I wonder what would happen once we do come back from this– if people will go back to that store, or if they’ll stick with something like Athleta, or Banana Republic, or Old Navy, rather than Gap and then what will ultimately happen to the company. But I think, as you said, that the issue with the mall is even greater considering that it’s a tenant in hundreds of malls across the country. And that’s going to put a severe strain on how much those companies– the mall owners– are able to bring in.

JULIE HYMAN: Definitely, and remember also, the company had talked about spinning itself into two, with Old Navy on the one side and legacy Gap on the other. They abandoned that plan. There have been some management changes. So there was certainly a lot of turmoil prior to this. We’ll continue to follow that story.

Fri Apr 24 , 2020
Business plans aren’t just for startups. Developing a business plan for an established business serves several purposes: It can help convince investors or lenders to finance your business, persuade a business buyer to purchase your business, or entice partners or key employees to join your company. Most importantly, it serves […] 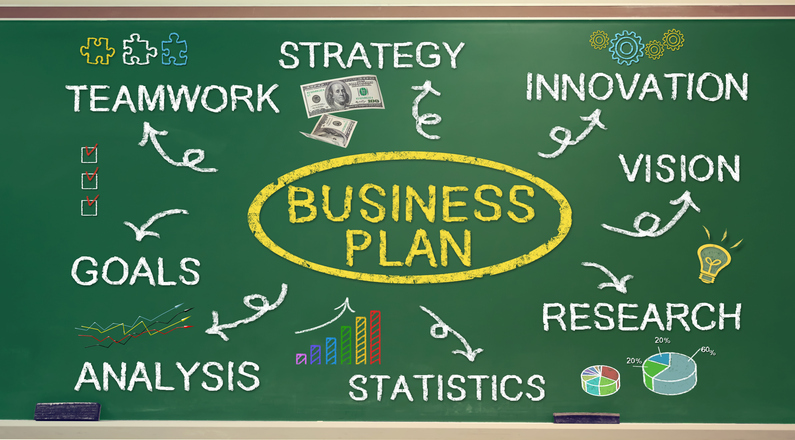