Top executives at the two biggest US banks by assets have seen digital adoption soar among their retail customers during the coronavirus pandemic. And that’s putting a spotlight on how exactly they’re thinking about their sprawling networks of physical branches.

Speaking at the Barclays Global Financial Services Conference on Tuesday, Brian Moynihan, Bank of America’s CEO; and Jennifer Piepszak, JPMorgan’s CFO, both made mentions of the increasing reliance on digital banking tools.

There were signs in their remarks that the digital-adoption surge could change the calculus for how the two firms think about their retail footprint. JPMorgan Chase operates about 5,000 physical branches across the US, and Bank of America has roughly 4,300.

Digital banking tools are unlikely to upend brick-and-mortar branch networks of that scale — but they could potentially impact them over the long term.

“Paperless is moving to an all-time high,” said Moynihan. He noted that as many as a fifth of first-time users for mobile check deposit were boomers and seniors, showing how digital tools are now penetrating groups of users who previously hadn’t been as engaged.

On the whole, the pandemic “probably accelerated a year or two what would have happened naturally” in terms of the migration to more digital-heavy banking habits, he said.

That’s not surprising, as the pandemic has been a big catalyst for the adoption of everything from grocery delivery to digital banking.

One example of just how drastically customers’ behavior have evolved as habits have changed is the use of ATMs and bank tellers for withdrawing money.

Moynihan noted that the cash withdrawals from ATM machines and bank tellers was down about 10% to 12% since last year, even though the bank’s overall movement of money was flat to slightly higher.

It’s a sign, he said, that “people are doing less of the branch,” and turning to mobile-checking alternatives instead.

Working from home has taught bank execs about the importance of going digital, too

Piepszak of JPMorgan Chase suggested that the advent of near-ubiquitous work-from-home policies had taught the firm other important lessons about digital adoption, some of which might affect consumers.

“It’s very intuitive, very logical to think that there should be some benefits,” she said, “given all we’re learning about the things that we’re capable of with so many of our employees working from home.”

What’s more, Piepszak hinted at the possibility for the bank reducing its spend on its physical footprint, noting: “there’s possible real-estate savings that we could realize.”

When it comes to JPMorgan’s bank branches specifically, Piepszak suggested the bank was still in wait-and-see mode.

“We are learning a lot, and there is still a lot more to learn,” she said, though she noted that it was possible that the firm could speed up plans to cut branches in certain markets.

When asked about opportunities to close certain branches, Bank of America’s Moynihan noted that it’s “always going to come down to where the customer is going in a given moment,” adding that “we will open branches in the markets that we can, where we need it” and that the bank will probably have fewer branches in some markets.

Read more: Wells Fargo is ditching a 750-person WeWork space, while Citi inked a deal with the flex-office giant far from a big city. Here’s a look at how financial firms are retooling their real estate.

How the pandemic has accelerated digital banking trends

In the backdrop of this, hints of impending doom for physical bank branches have been floated for years, but have never materialized. Though mobile banking has skyrocketed in recent years, it has yet to kill off the physical branch altogether.

Some banks in recent years actually leaned into branches as a way to snag more retail customers — and their deposits — in markets where they were looking to grow.  JPMorgan, for example, in early 2018 announced plans to add 400 new branches in 15 to 20 new markets over five years.

That said, the coronavirus has proven a huge catalyst for customers to embrace digital banking.

Read more: US neobank Chime could be set to more than double its valuation to as much as $15 billion in just 9 months with a major new funding round

In April, JDPower released the results of a survey that found that nearly a third of retail bank customers now exclusively do their banking using digital tools. But the growing adoption of digital banking hasn’t all been positive, according to the JDPower survey.

That survey found that satisfaction levels among digital banking-exclusive customers were generally lower than their counterparts who rely on branches to do their banking transactions.

On the call on Tuesday, Moynihan referenced a statistic that speaks to why firms have traditionally leaned into the physical bank branch.

Bank of America had about 1,400 branches in 1999 after its merger with Nations Bank, he said. Today, the physical branch network has more than tripled to 4,300 branches, he added — which he tied to massive deposit growth from $400 billion 21 years ago, to $1.7 trillion today. 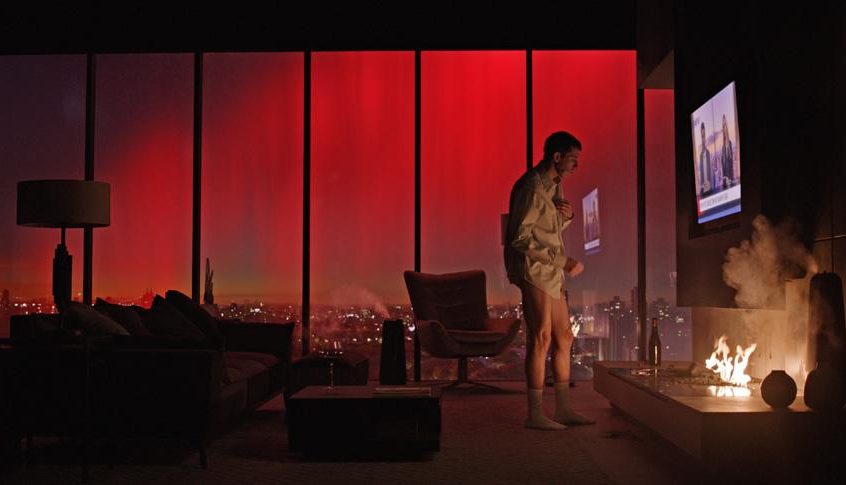