Gov. Laura Kelly said Monday that conflict with legislators on the State Finance Council over extending her emergency declaration was merely an attempt by Republicans to make “political hay” ahead of the November election.

At a Statehouse news conference, Kelly said there was reason to believe the body had gotten too powerful amid the COVID-19 response.

The governor and the SFC, comprised primarily of Republican legislative leaders, clashed on Friday over a 30-day extension of the state’s emergency declaration, which is needed to access federal relief funds and support state emergency response efforts.

Republicans took no issues with the underlying order but wanted stronger language assuring Kansans that Kelly wouldn’t again close businesses, something she said she has no intention of doing.

After a three-hour hearing, members settled on compromise language but not after both sides lobbed accusations that their adversaries were politicizing the pandemic.

Republicans especially pushed back on Kelly’s assertion that they were solely interested in obstructing her work.

Kelly said Monday that similar rifts over the matter would likely continue ahead of the Nov. 3 general election.

“It is political season and I think members of State Finance Council took the opportunity to make political hay,” she said. “I expect they will continue to do that until the election is over.”

She added that the council was running afield of its general mission of handling budget matters when the Legislature isn’t in session.

Some lawmakers not on the SFC expressed concern that Friday’s debate was, in effect, relitigating House Bill 2016, legislation passed in June that limits the governor’s powers during the pandemic response.

“You did have, essentially, eight people acting on behalf their 157 colleagues,” Kelly said. “I think there are a whole lot of things we’re learning through this and that is one of them.”

SFC will need to meet in the coming days, however, to push out the third and final round of funding from the federal CARES Act.

The Strengthening People and Revitalizing Kansas Taskforce is expected to meet Wednesday to sign off on the plan to disburse the remaining $290 million in federal relief money.

It is anticipated that child care and COVID-19 testing will be the primary use of those funds.

Testing in particular is expected to be heavily emphasized in the plan, with lawmakers and health officials alike in agreement that more needs to be done in order to better understand the true landscape of COVID-19 in the state.

Because so few tests have been conducted, there are concerns that the positive test rate, which currently sits among the highest in the country, is artificially inflated.

“That’s why our denominator is all screwed up, when we’re trying to measure for prevalence,” said Senate Majority Leader Jim Denning, R-Overland Park, during a hearing last week.

A testing plan presented before the SPARK Taskforce last week would boost a new laboratory at Wichita State University, expand testing in the Kansas City area and roll out more rapid testing for schools.

“We have been pretty parsimonious in our testing, limiting it to those who are symptomatic,” Kelly said. “And we have done some community-based testing when there have been outbreaks in prisons or meatpacking plants. There needs to be more of that going on and that will be part of our strategic testing plan going forward.”

More urgency is required, Kelly said, given that COVID-19 case rates have continued to tick up in the state.

The Kansas Department of Health and Environment reported 1,513 new positive cases since Friday, as well as 23 new deaths associated with the virus.

“We’ve got to deal with reality in which we live,” Kelly said. “Put politics aside and do everything necessary to protect our communities.”

Tue Sep 29 , 2020
churchpropertylocater.com Over the past decades, many commentators have observed declining religious attendance, particularly in small towns and rural communities. This has meant empty and underutilized churches and other religious buildings with the added burden of fixed costs. When contributions from the congregation decline (or vanish completely), this can make maintaining […] 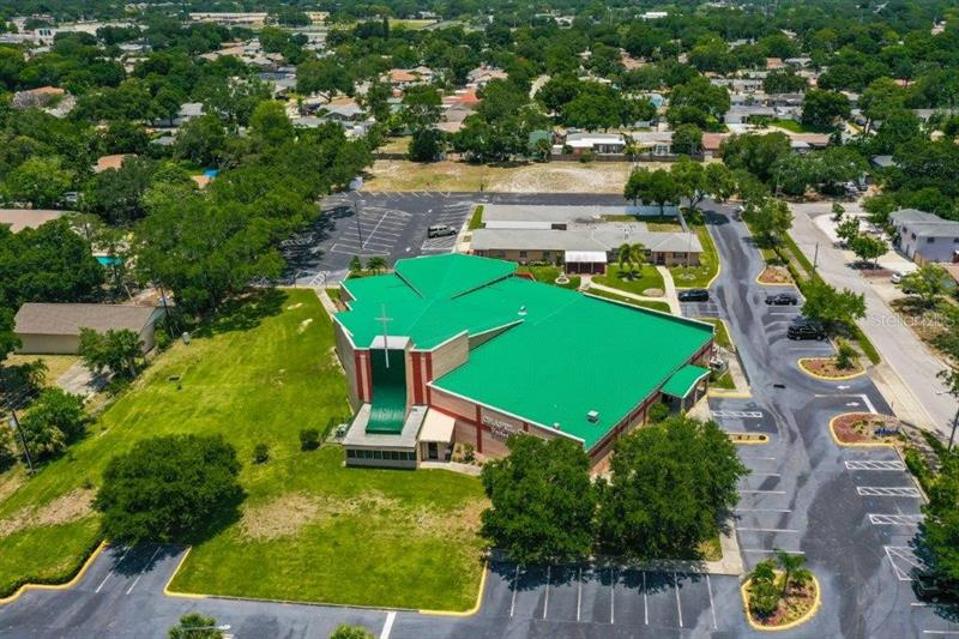