With retail and apartment vacancies rising and rents falling, and with the prospect of employers cutting their office space looming, the question is whether the hundreds of millions of dollars the banks have set aside for commercial-property loan losses will be enough. An epicenter of Covid-19, the city shut down in March, earlier than many parts of the U.S., and its reopening has been cautious, with workers still at home and restaurants not yet open for indoor dining.

People walk on Pebble Beach along the water in the Dumbo neighborhood in the Brooklyn borough of New York, U.S., on Friday, Sept. 4, 2020. U.S. stocks fell to a two-week low as megacap tech shares came under pressure for a second day, but came off their lows as the holiday weekend approached.

“It could be a two-, three-year window of things slowly working itself out,” Jim Costello, senior vice president at property-research firm Real Capital Analytics Inc., said in an interview. “There are going to be some price changes, but is it enough to get through to the lenders? That would have to be kind of severe.”

At New York Community Bancorp, mortgages make up more than 90% of the loan portfolio, accounting for almost $39 billion of financing as of midyear, mostly tied to real estate in the New York City area. Signature Bank says more than 60% of its loan book is secured by commercial real estate, “substantially all” of which is located in the New York area. By comparison, Wells Fargo & Co. was the most-active lender in the city in the first half of the year, but loans in New York state accounted for just 2% of its total lending portfolio at mid-year.

Westbury, New York-based New York Community Bancorp has $155.8 million set aside for soured mortgages after bolstering reserves in the first half of 2020. That represents 0.4% of its commercial real estate loan book, compared with the 2% Wells Fargo has set aside.

New York Community Bancorp’s debt outlook is negative at S&P Global Ratings. In June, the ratings firm said that multifamily loans make up about 75% of the bank’s total loan book, and that its “landlord borrowers will likely have reduced cash flows at least in the near term.” The lender’s retail real estate exposure could also be “vulnerable,” S&P analyst Barbara Duberstein wrote.

New York Community Bank’s loans in the city include a $21 million mortgage for an apartment building at West 160th Street that was formerly home to actor and civil rights icon Paul Robeson, a National Historic Landmark that bears his name, federal and city records show.

Chief Executive Officer Joseph Ficalora said on New York Community Bancorp’s second-quarter earnings call that “rent collections have been quite strong.” The firm granted payment deferrals for almost $6 billion of loans for a six-month period that expires in October or November for most borrowers.

Questions remain about how bad things will get, making it difficult to predict what losses may be coming for banks. On one hand, Facebook Inc. signed a massive lease for office space in Manhattan last month, a vote of confidence from one of the largest U.S. companies. Yet Manhattan office leasing in 2020 could slump to the lowest level in 20 years, according to brokerage Colliers International. And there is more space available as tourism-dependent sectors suffer, which “will undoubtedly place pressure on rents,” according to a July report from Jones Lang LaSalle Inc.

“We’re sort of waiting for the non-performers to show up, and what losses will eventually manifest themselves, but the biggest area for them is the retail” commercial real estate, Bloomberg Intelligence analyst Herman Chan said in an interview. “Next year is going to show which banks did better from an underwriting standpoint versus others. It’s all about client selection. It’s all about underwriting and how conservative these banks were.”

New York Community Bancorp’s shares have sunk 30% this year through Wednesday, compared with a 0.2% gain for the S&P 500 and a 24% drop for the S&P 500 Financials Index. The declines have been even more dramatic for other regional lenders focused on New York. Signature Bank’s shares have slumped 39% and M&T Bank Corp.’s have plunged 46%.

Short sellers are betting on further declines. Short interest represented 5% of tradable shares at New York Community Bancorp and 2.8% at Signature Bank, according to data from financial-analytics firm S3 Partners. That figure was less than 1% at the five biggest U.S. commercial banks.

For Signature, the bank’s “financial condition and results of operations may be affected by changes in the economy and the real estate market of the New York metropolitan area,” it says in regulatory filings.

A $50 million loan for a building on the Upper East Side that houses the Bentley Hotel is among Signature’s real estate financing in the city. During the pandemic, the hotel is housing more than 300 homeless men, with half of them in their own rooms, under a city contract, according to Elizabeth Lion, a spokesperson for the nonprofit Doe Fund.

The bank, based in New York City, has almost $340 million set aside for soured commercial real estate loans, or 1.2% of that book. On Signature’s second-quarter earnings call, CEO Joseph DePaolo said that payment collections on multifamily mortgages had been a “very pleasant surprise,” at more than 80%. Office collections were 65% to 85%, and retail was 35% to 65%, he said.

While M&T Bank is larger than many regional competitors, with a presence across the mid-Atlantic region, the Buffalo, New York-based company has a large exposure to New York City and is big in construction lending — generally viewed as among the riskier areas of commercial real estate financing. It was the largest construction lender in New York in the first half of 2020, according to Real Capital Analytics. The bank led a $230 million construction loan for the retro-themed TWA Hotel at John F. Kennedy International Airport.

Construction workers work on a building on 11th Avenue in New York, U.S., on Thursday, June 11, 2020. New York streets got a little more congested this week as the city entered Phase 1 of its re-opening from the coronavirus-imposed lockdown.

In the second quarter, M&T reclassified almost $3 billion of commercial-property and commercial-construction loans as “criticized” — meaning regulators would view them as having credit weakness — bringing the total percentage of criticized loans for those portfolios to 11.6%. Following that, “the question is, do some of these end up going nonperforming?” CEO Rene Jones said at a conference last week.

Jones said he’s confident in M&T’s client selection and the protections the firm has in place on loan to value, or how much it lends as a percentage of asset values. “As we get into the fourth and first and second quarters, I think the picture becomes much clearer,” he said.

At San Francisco-based Wells Fargo, New York state is the second-highest geographic concentration for the bank’s commercial real estate loan portfolio, after California. But the firm’s $15 billion loan portfolio in New York represents a much smaller proportion of commercial-property lending than its regional competitors, and such financing accounts for only about one-sixth of Wells Fargo’s total loans.

“The problem loans have skewed towards retail projects, many of which were already struggling, and then also the hotel owners with lower capitalization,” Chief Financial Officer John Shrewsberry said on Wells Fargo’s second-quarter earnings call. The bank is working through issues borrower by borrower, he said. “There is not a lot of panic at this point in the cycle.”

Pedestrians pass in front of customers sitting outside at a restaurant in in the Queens borough of New York.

Executives across the lending industry are optimistic. Banks learned lessons during the financial crisis and now have stronger underwriting standards. As the pandemic torpedoed the U.S. economy and New York City sheltered in place, lenders kept making loans — a contrast from the last crisis, when liquidity dried up.

Banks are also trying to avoid another phenomenon from the last crisis: getting stuck with foreclosed-upon properties. Lenders are working closely with borrowers to restructure loans, betting clients have additional capital they’ll put up so properties don’t end up in the hands of the banks.

“It’s sort of a domino effect of, first you get some distressed debt, then it leads to a few distressed-property sales, everybody readjusts their pricing expectations on those distressed sales, and then lenders aren’t going to lend at the same prices from before,” said Costello of Real Capital Analytics. “And we’re not even through that first step yet. It’s a whole chain of things and it just hasn’t happened.”

How many personal loans can you take out at once?

Wed Oct 14 , 2020
When borrowing money, it helps to know your limits. (iStock) Situations can arise where you need to take out a personal loan. You may have to make an unexpected purchase or you may want to consolidate your debt into one payment. But sometimes one loan may not cover your needs, […] 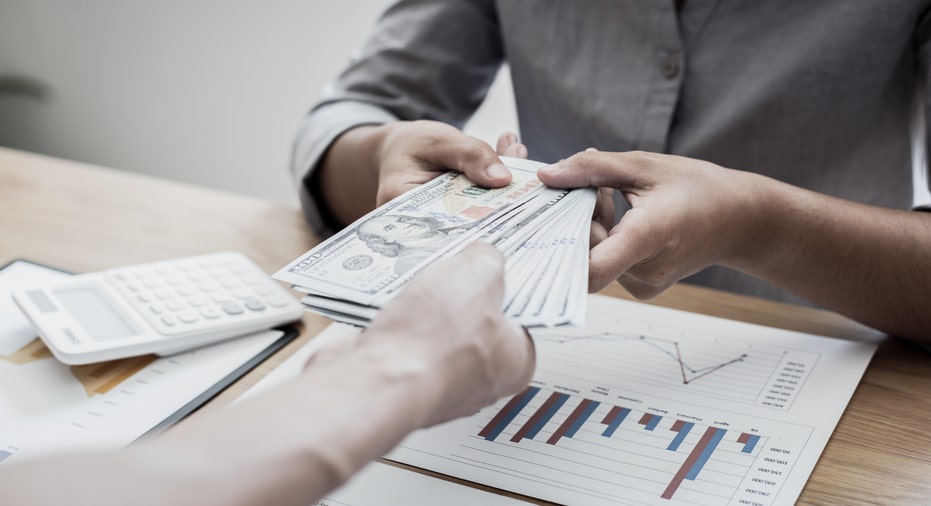