Members of the Ohio State American Association of University Professors, a group representing nearly 100 faculty members on campus, published an open letter Aug. 18 proposing a revision to the pledge that would remove any legal consequences for signing. Credit: Sarah Szilagy | Campus Editor

Ohio State’s Together as Buckeyes Pledge requires students and employees to promise to do their part in slowing the spread of the coronavirus, but some concerned faculty worry it’s a liability waiver for the university.

Members of the Ohio State American Association of University Professors, a group representing about 100 faculty members on campus, published an open letter Aug. 18 proposing a revision to the pledge that would remove any legal consequences for signing.

The Ohio State AAUP suggests the addition of a final statement to the pledge: “This pledge is not a waiver of your legal rights to seek remedies for harm or loss from transmission of COVID-19, or an assumption of risk. It is rather a statement affirming your commitment to and observance of the University’s procedures for ensuring everyone’s health and safety in these uncertain times.”

John Blackburn, an associate professor in finance and president of the Ohio State AAUP, said the organization wrote the letter after members raised concerns about returning to campus at a July 2 town hall meeting.

“We’re really in the process of moving forward with this proposal,” Blackburn said.

University spokesperson Ben Johnson said the university understands people have questions and concerns and welcomes them.

“We look forward to continued dialogue with students, faculty and staff across all of our campuses,” Johnson said in an email.

Douglas Macbeth, faculty emeritus in the Department of Educational Studies and executive board member of the Ohio State AAUP, said the organization is not concerned with the other measures the university has taken to prevent the spread of the virus, but rather wants to ensure the pledge does not act as an assumption of risk.

“How can the community be assured that there are no legal implications and it’s not a legal document?” Macbeth said.

The pledge was previously revised when the Foundation for Individual Rights in Education, a nonprofit organization for protecting student and faculty rights, raised concerns that a section requiring students, faculty and staff to affirm their beliefs in the university’s guiding principles violated First Amendment protected speech.

In an Aug. 3 letter to Ohio State, the foundation requested that the pledge be rescinded or made optional for students, faculty and staff who do not wish to sign.

The pledge previously read, “I believe in excellence in all that we do and that it is important to embrace diversity in people and ideas; foster the inclusion of all Buckeyes; allow for access and affordability of an Ohio State education; subscribe to innovation around keeping the Buckeye community safe; and rely on collaboration and multidisciplinary endeavors to guide best practices. Last, I believe in the importance of transparency, integrity and trust.”

Ohio State announced that the pledge would be revised to remove the section including compelled speech in an Aug. 7 email.

Blackburn said based on the university’s responsiveness to the previous language change, he expects that the pledge can undergo an additional adjustment.

“We have a good administration, and we are hopeful that the administration will respond as they have responded in the past to constructive criticism,” Blackburn said.

Sara Kilpatrick, executive director of the Ohio Conference of AAUP, said a number of other colleges and universities throughout Ohio have a pledge similar to Together as Buckeyes. She said the Ohio AAUP has found that they largely don’t free institutions from liability.

Kilpatrick said that the Ohio AAUP, which oversees the Ohio college and university chapters, has no issue with the aspect of the pledge committing to follow health and safety guidelines at the university but finds it reasonable that Ohio State faculty are looking for assurance that the pledge does not have legal implications.

“If institutions come out and just explicitly say and put in these pledges that this isn’t in any way a legal document, then I think it would probably alleviate a lot of the concerns of faculty,” Kilpatrick said.

Blackburn said the Ohio State AAUP’s request was not made solely on behalf of faculty, but rather with students and staff in mind who were also required to sign the document before returning to campus.

How to Finance a Pool 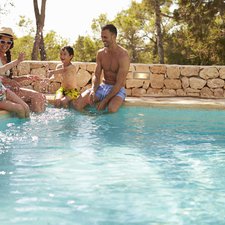