And how have they enforced those orders?

These are just some of the questions Lujan Grisham’s administration is asking local governments seeking reimbursement for their coronavirus-related spending, according to an application form disbursed by state officials.

They’re also some of the criteria the state Department of Finance Administration will use when deciding whether to say yes to local governments’ requests for funds, the Governor’s Office said Tuesday.

“Enforcement is being asked about, so you can assume it will be a criteria,” said spokeswoman Nora Meyers Sackett.

Lujan Grisham sent local governments the application forms late last week, giving them until Aug. 7 to request reimbursements for money they’ve spent responding to the COVID-19 pandemic. The governor has set aside $100 million in federal stimulus funding to pay back cities and counties, as well as an additional $50 million for small-business grants.

The state government has not yet released an official set of criteria it will use to approve or deny funding requests from cities and counties. But the application form gives a window into the issues that will be weighed.

The document includes 15 questions, some asking how cities and counties have been impacted by the coronavirus-related shutdowns and others inquiring about how they’ve tried to mitigate the spread of COVID-19. Other questions ask how local governments have implemented the state’s restrictions.

“Provide a statement on how your entity demonstrated compliance with Public Health Orders,” reads one portion of the application.

Another calls on local officials to “provide a statement on how your entity demonstrated enforcement efforts,” including information about enforcement “call volume and citations during the pandemic.”

In general, local municipalities appear quite eager to be able to request reimbursement. More than four months into a pandemic that has sapped economic activity, many are in need of financial assistance.

“We’re glad that the process is beginning,” said Steve Kopelman, executive director of the New Mexico Association of Counties. “We’re excited about being able to respond and hopefully get substantial reimbursement.”

Local governments in New Mexico can be paid back for a long list of coronavirus-related expenditures, including costs for testing, equipment, medical facilities and distance learning.

Yet the state’s approach to deciding how to hand out the funding appears to partly diverge from federal guidelines on the matter.

The guidelines issued in Washington do not require states to examine how local officials have complied with or enforced public health restrictions as part of the funding process, Kopelman said.

“There’s nothing I know of in the federal guidelines that deal with that,” he said.

Lujan Grisham’s public health mandates have been a political lightning rod since early on in the pandemic. In April, Grants Mayor Martin “Modey” Hicks vowed to allow businesses in his city to reopen in direct violation of a state order.

More recently, the Bernalillo County sheriff said his office would not enforce an order requiring people to wear masks, and the Roswell City Council voted last week not to enforce any of the governor’s public health mandates. Eddy County has filed a legal brief with the state Supreme Court saying the governor has overstepped her authority by banning indoor dining.

Lujan Grisham has issued a flurry of restrictions since the COVID-19 pandemic first hit the state in March.

Most recently, she reinstated a prohibition on indoor dining service and began requiring out-of-state visitors to quarantine for 14 days after arriving in New Mexico. The governor also has said law enforcement must fine people for not wearing face coverings.

Kopelman said he would wait until the state released its official scoring guidelines before commenting on the criteria relating to compliance and enforcement.

The New Mexico Municipal League’s position on the matter was unclear, as Executive Director AJ Forte did not respond to a request for comment Tuesday.

A number of state legislators who represent areas with high numbers of COVID-19 cases said they weren’t happy the state was scrutinizing compliance and enforcement as part of its funding decisions.

Muñoz, D-Gallup, said compliance with health orders should not be included in the criteria because it was an “impossible chore” for local law enforcement to enforce the orders in a sparsely populated rural district like his, which includes parts of the Navajo Nation.

“I’ve seen the lockdown on the reservation,” said Muñoz, who is vice chairman of the Senate Finance Committee. “You can’t enforce it the way it is right now, let alone try to enforce a mask law on 75,000 people in this county.”

The senator also pointed to a statute that calls on the state departments of health and public safety, not local police, to enforce emergency restrictions.

“Citizens shouldn’t be penalized because there’s a political disagreement between the city and the governor,” said Neville, R-Aztec.

Some of the application criteria would in theory make it harder for a city like Roswell to receive reimbursement, given the City Council’s decision last week.

But Roswell Mayor Dennis Kintigh said Tuesday the city hasn’t spent a lot of money on COVID-19, so it doesn’t need much in the way of repayment.

“We haven’t had actual direct COVID-related expenses that amount to a hill of beans,” Kintigh said. “If I was the mayor of a community that had expended tremendous resources directly, I would be much more spun up.”

The city of Santa Fe’s finance director said the city has no issues with the criteria.

“The city of Santa Fe has complied and enforced public health orders,” Mary McCoy said. “This criteria is not a concern.”

Some legislators said they are concerned state officials have not yet developed “scoring criteria” to guide their review of the applications.

Sen. John Arthur Smith said the current lack of official criteria could lead state officials to dole the money out using favoritism or political considerations rather than an objective framework.

“I’m a little bit surprised that they haven’t come up with some type of methodology that would halfway be fair,” said Smith, D-Deming, chairman of the Senate Finance Committee. “Otherwise, there will always be a cloud of suspicion that it went to the executive branch’s friends.”

Sackett said Tuesday the state’s finance department was “developing the criteria as we speak.”

Lujan Grisham also has set aside $28 million for coronavirus-related grants for tribal governments.

As of Tuesday, the state had received at least $36 million in requests and said it would “pro-rate” them because they exceed the allotted amount.

If local governments request total reimbursement of more than the allocated $100 million, a similar process will ensue.

“It will prorate based on size and need and other relevant factors,” Sackett said.

Lost your health insurance in the pandemic? These are your options

Tue Aug 4 , 2020
Since coronavirus lockdowns began in early March, record numbers of Americans have been laid off or furloughed from their jobs. In April, the unemployment rate soared to 14.7% — the highest it’s been since the Great Depression — and this summer, more than a million new applications for unemployment benefits […] 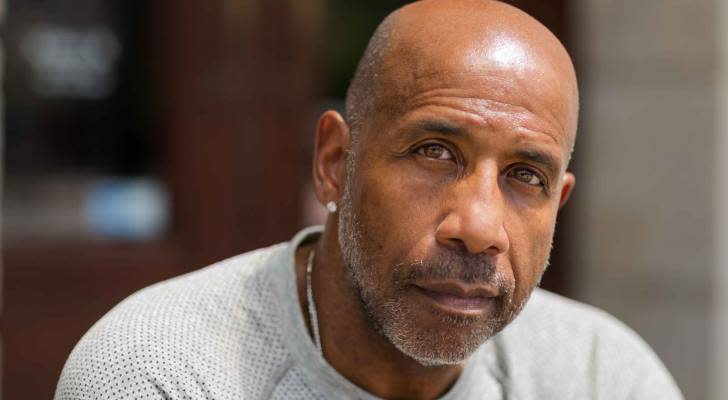