The Best Songs About Money

When I awoke this morning, like a flash of lightening, I thought, “how about writing a post that combines two of everyone’s favorite things – money, and music.” <pats self on back>

I know I’m a jerk for leaving a few of your faves off the list, but one of my criteria was that I had to actually like the song at least a little bit. Don’t agree with the list? Let me know what I missed in the comments.

Here’s the 12 best songs about money. EVER. Rank ordered from #12 to #1, with selected lyrics. And if you’re reading this via RSS or email, there are some YouTube videos embedded. The links in some of the titles lead to Amazon if you’d like to download the .mp3 and hear what you’ve missed (or get nostalgic on what you already know). Drumroll…

The Verve Pipe (you probably don’t know them, but they are a local favorite of mine) occasionally does a great cover of this song in their live shows.

11. It’s All About The Benjamins – Puff Daddy

Honestly, the Weird Al parody – “All About the Pentiums” was the better version. Nevertheless, it makes the list.

Now… what y’all wanna do?
Wanna be ballers? Shot-callers?
Brawlers — who be dippin’ in the Benz wit the spoilers
On the low from the Jake in the Taurus
Tryin’ to get my hands on some Grants like Horace
Yeah livin’ the raw deal, three course meals
Spaghetti, fettuccine, and veal.

I’m guessing poker is a metaphor for life in this song, however, it’s still a classic.

You got to know when to hold em, know when to fold em
Know when to walk away and know when to run
You never count your money when you’re sitting at the table
There’ll be time for counting when the dealer’s done

This is for anyone who grew up on WWF. You’re welcome. For everyone else, don’t judge me. The Million Dollar Man (also known as Ted Dibiase) was a wrestler who was known for stirring up all kinds of controversy via buying other wrestlers out with all of his money. He even had a very un-PC arrangement with an African American ‘valet’ named Virgil whom he had bought out.

And you WILL be bought *hah hah ha ha*

8. Living For The City – Stevie Wonder

More about the city than money… but a powerful message about working hard just to scrape by.

I like the angst against the rich in this song. However, weren’t the members of Aerosmith filthy rich when they wrote this?

Wow. I immediately started headbanging when I thought of this one.

I’ll give you all I got to give if you say you love me too
I may not have a lot to give, but what I got I’ll give to you
I don’t care too much for money, money can’t buy me love

Such a lame, but great 80’s song, I had to list all the lyrics. Watch the video, or you’re missing out.

Cash cold that’s what I need
These bill collectors they ring my phone
They bother me when I’m not at home
Ain’t go no time to be fooling round
Feet touch the floors and I get on down, you see

For a little love peace and happiness

I want my cake wanna eat it too
I want the stars and the silver moon
I spend my money of lottery
My favourite number is 1 2 3, you see

Every-way rich
Love peace and happiness
I want all the things that lovers do
A pocketful of dreams come true
Everything you can not find
Want you by my side?

An essential classic rock song about the allure of money.

Money, get away.
Get a good job with good pay and you’re okay.
Money, its a gas.
Grab that cash with both hands and make a stash.

2. Money For Nothing – Dire Straits

Anyone ever heard the unedited version of this? Kind of… inappropriate. And is that Sting singing back-up? Sure is. Nevertheless, the buildup and opening guitar riff always gives me chills.

If you’re not familiar with Jeff Buckley, you should be. This song was actually the first dance song at my wedding. So it had to be number one. Wish I could hear the chorus of “awwwwws” from the ladies.

Money can’t buy back all your youth when you’re old
A friend when you’re lonely, or peace for your soul
The wealthiest person is a pauper at times
Compared to the man with a satisfied mind

Tue Apr 28 , 2020
Marketing, the sum of activities involved in directing the flow of goods and services from producers to consumers. Marketing’s principal function is to promote and facilitate exchange. Through marketing, individuals and groups obtain what they need and want by exchanging products and services with other parties. Such a process can […] 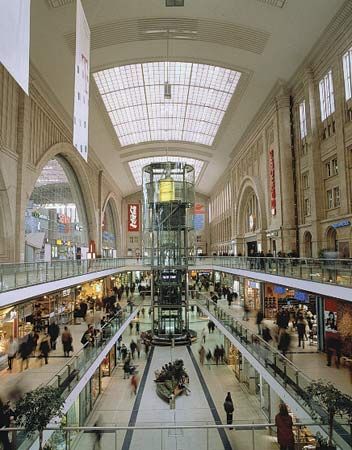 13 Alternatives To Whatsapp Business For Android

Facebook Calls On Albanian Events To Be Clear In Advertisements

Why You Need To Use Linkedin To Market Your Small Business

4 Benefits of Getting Gold Coins

The Importance of Caps for Rectangular Tubing

Get Proper Stock Tips From Experts and Enjoy Returns