Twenty years ago, during one failed attempt to remove the words “and Providence Plantations” from Rhode Island’s official name, key politicians were dismissive in opposition. Today, amid the national reckoning with racial injustice following the death of George Floyd, some of them have changed their minds.

Twenty years ago, during one failed attempt to remove the words “and Providence Plantations” from Rhode Island’s official name, key politicians were dismissive in opposition.

Then Sen. Majority Leader Paul Kelly, a North Smithfield Democrat, said Rhode Island had gone through the 1960s civil rights movement without “any discussion” that the word “Plantations” offended some African Americans. Yet, “Here we are in the millennium, and suddenly it’s a problem.”

The House majority whip, the late Suzanne Henseler, a history teacher from North Kingstown, said, “It’s a non-issue” for her and her fellow Democrats. “My gut feeling is, no, there won’t be support for it.”

Republican Gov. Lincoln Almond raised cost concerns if “Plantations” had to be scrubbed from a few building facades.

And House Finance Committee Chairman Antonio Pires admitted, “Perhaps I don’t have the same level of sensitivity” as those impassioned name-change advocates testifying before him.

Today, amid the national reckoning with racial injustice following the death of George Floyd — a Black man who died pinned to the pavement by a white Minneapolis police officer — some attitudes are changing about removing “Plantations” from Rhode Island’s name.

“I’m certainly for it now,” says Kelly. “The urgency back when I was majority leader in the Senate wasn’t as acute as it is today. To say it doesn’t matter, well, things like this do matter. And I think the leaders of this [Black Lives Matter] movement are saying if you really want change and want to do something that is historic in any way, well, this is one of them.”

In June, Gov. Gina Raimondo struck the word from her administration’s letterhead, saying “Plantations” is “associated with the ugliest institution that our country has ever had.”

But others remain steadfastly against changing the state’s name — a proposal that will go before voters again in November, 10 years after they overwhelmingly rejected the idea.

“I haven’t changed my opinion,” says Almond. “It’s part of our history. It has nothing to do with anything negative unless you want to make it that.”

Almond says much of history can be offensive if you let it. George Washington kept enslaved Blacks at Mount Vernon. “Once you go down the road, there is an awful lot to eliminate. “God, now it’s [protests against racial injustice] into baseball and football. It’s getting a little crazy.”

Still others say that pruning the state’s name might be a nice symbolic gesture, but it offers nothing meaningful to improve racial equality or enlighten minds about the contributions of African Americans to Rhode Island.

Says Keith Stokes, whose African American heritage dates back more than a century in Newport, once the center of Rhode Island’s robust slave trade: “What does that really do to advance African American history or benefit my family for generations to come? I want to do something that is transformative.”

In the years following Roger Williams’ settlement of Providence in 1636, Aquidneck Island, with its communities of Portsmouth and Newport, became known as Rhode Island, while the joined settlements of Providence and Warwick made up the Providence Plantations.

Eventually, the two colonies would merge into the nation’s smallest state.

Records from the Rhode Island State Library show that attempts to remove “Providence Plantations” from the state’s name date back at least 45 years.

Legislation proposed in 1975, 1998 and 2000 died in the General Assembly. Then, in 2009, lawmakers approved putting the question on the statewide ballot in November 2010.

Defenders of the state’s original name, like Rhode Island historian laureate Patrick Conley, say the word plantation had no association with slavery when Roger Williams arrived as an outcast from the Massachusetts Bay Colony.

Then, a plantation referred to a settlement or farm.

“I can understand why some people in the spirit of the times would want to delete that [word], but history is history,” says Conley, “and I see no reason to rewrite it.”

Conley says protesters who today are taking down the statues of Confederate generals and demanding the lowering of rebel flags have stronger arguments for their actions than advocates looking to alter Rhode Island’s name.

“A Confederate general who, in reality, committed treason ought not to be venerated,” he said. And the Confederacy’s “rebel flag had everything to do with secession” from the Union.

Regardless of the original meaning of the word “plantations,” today it conjures images of slavery for just about everyone who sees it “and is an atrocious word for African Americans,” says Brother Gary Dantzler, a leader in the Rhode Island Black Lives Matter movement.

Those who want to “hide behind” its supposedly innocuous 17th-century definition as a farm or agricultural settlement, says Dantzler, practice a “subliminal form of hatred. We were the agriculture. America was built on slavery.”

“It’s mind-blowing,” Dantzler says, that “people would want to continue using a word that is so hurtful” to a community of Rhode Islanders and a reminder of racial subjugation.

In 1997, former Providence Mayor Vincent A. Cianci Jr. found the word so offensive to the city’s minority community that he threatened to revoke the permits for a hotel planned for the old Masonic Temple unless developers dropped the project’s name: The Providence Plantations.

“We just took it off the state seal,” the developer tried to explain at the time. “It was an honest thing. … We didn’t know. We’ll just call it the Providence Hotel at the Temple. That’s OK, isn’t it?”

Pires, the former Finance Committee chairman, says he opposed changing the name 20 years ago because he accepted the historical definition of “plantations” as a settlement and there seemed little public support for removing it.

“I think the times have certainly changed,” he says now. “It has become much more offensive, and today I would be advocating that we make the change.”

The Black Lives Matter movement has “forced society to take a closer look at racial inequality,” Pires says. “And that’s the greatness of what this country is about.” Just as lawmakers eventually passed gay-rights legislation, “We are capable of recognizing our deficiencies and changing.”

Sen. Harold Metts, D-Providence, sponsored this year’s legislation to strike “Plantations” from the state’s name, as he has in the past. He’s more optimistic this time.

“For a lot of people, whether it was an excuse or not, people didn’t want to be blamed for the injustices and atrocities of their ancestors. But what I think happened over time, particularly with Black Lives Matter, is people having more a moral, social conscience.”

Changing the state’s name would be “a recognition that people cared enough about the suffering of others to take this step.”

Twenty years ago, Stokes, a frequent lecturer on African American history in Rhode Island, took his 13-year-old daughter, Ashley, and 7-year-old daughter, Gabrielle, to the State House to testify against removing “Providence Plantations” from the state’s name.

Stokes believed removing the hurtful phrase was too small a gesture that did little to better the lives of his children.

Ashley Stokes, now 33, echoes the sentiment today and wonders if the name change lets “politicians off the hook too easy” when they should be pushing to implement a K-12 African American heritage curriculum in every Rhode Island school.

“Keeping Aunt Jemima off the bottle does nothing for me when there is real work to be done,” she says.

“I would be very disappointed that the focus becomes removing a word … but a year or two from now we have done absolutely nothing to add the contributions of African Americans to the curriculums of Rhode Island schools, or corrected the injustices of our criminal justice system.”

The micro-moment and the modern insurance shopper

Sun Aug 2 , 2020
Micro-moments are the critical touchpoints within today’s consumer journey. (Photo: Shutterstock) Digital consumerism is a train that can’t be stopped, and in fact, the global pandemic has accelerated it. Many businesses spent months working remotely. Company leaders have learned that this is a tenable option for the long term. Buyers […] 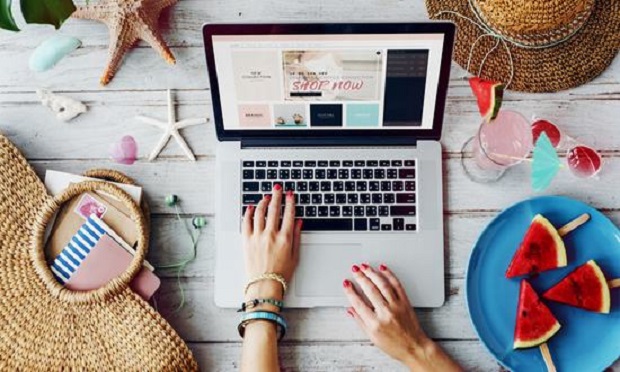