WALTHAM, MA — If you walked past Bison County on Moody Street recently and saw a sticker in the window that said the restaurant had been seized by the state for nonpayment of taxes, that was false. There was no seizure. The owner has since ripped the sticker off the window.

“It happened 2-1/2 months ago, too, and obviously caused me a lot of panic,” said owner Adam Rubin, who promptly called the Department of Revenue and anyone else he could think of to look into it and what needed to be done. Neither he nor his restaurant was listed on the Department of Revenue’s website as owing taxes. He filed a police report. Police noted the sticker had the word “commonwealth” spelled incorrectly.

“Everyone looked — no one could find anything,” he said.

It was the one bit of certainty he’s had about the restaurant in the past five months.

Like many restaurants that didn’t specialize in takeout, Bison County closed in March amid the pandemic. In June, Rubin posted to Facebook that he would stay closed for a while longer. It’s been about five months that the restaurant has been shuttered. And it’s unclear when it will be able to reopen.

Thankfully, Rubin owns the small building where he has his restaurant, so he doesn’t have to pay rent, he said. He bought it in 2006 and still has a small mortgage, but it could be worse, he said.

“If I hadn’t bought the property, I’d be broke right now because of this pandemic,” he said.

As it is, the future of the restaurant — like that of many other restaurants and small businesses —is up in the air.

Rubin opened Bison County in 1995, after his experience running two burrito shops in Boston. Bison County was a draw for members of Generation X who couldn’t afford the steep prices in Boston. The restaurant was known for its pulled pork, brisket and baby back ribs. It even has a Louisiana-style pasta for the vegetarians.

He was 29 and had just gotten married when he opened it. He’s now in his mid-50s; his kids, now 23 and 21, grew up at the restaurant. It put them through school. Both worked for him as servers.

Rubin was considering the possibility of expanding, looking at restaurant spaces outside of town.

But when pandemic hit, everything changed.

“Who could predict this?” he said. “How could any of us prepare?”

He watched the guidance from the state and watched it change.

“Who knows when this is all going to be done?” he said. “In the beginning, I wasn’t sure I wanted to subject my staff to this or endanger their health.”

His was among the restaurants not set up to do a robust takeout business.

Still, when he made the decision to close up shop, it was tough. A number of the 17 staff members feel like family, he said. Some had worked there with him and his family for 10 or 15 years.

“I told staff don’t worry about me, worry about you — if there’s a job that comes along, take it,” he said. “And I reiterated that to them.”

He watched as some friends who own restaurants slowly reopened and moved to outdoor dining at 50 percent capacity and no bar area. He said he can see how closing Moody Street to cars and open to diners has been helpful for other restaurants. He just couldn’t see how that would work for his restaurant, especially on days it rained and with only a few months until the weather changes.

“I can’t operate with these regulations in place right now. I’d lose money every week — even if we were full,” he said.

To abide by the state guidelines, he would have to have at least 6 feet between tables, and special personal protection gear and added cleaning, along with utilities and paying staff.

Then he thought about the weather. By the time he got up and going, he worried he’d just have to close when weather turned chilly in the evenings in September.

After much angst, he determined it just wasn’t worth it.

“That was my decision. I’m not saying it works for everyone else, but it’s what made sense for me,” he said. “I was really torn. I had staff writing to me saying, ‘What’s the plan?’ I had to say, ‘I don’t know. Right now, we’re not opening.’ I just wanted to do right by people.”

As for what’s next?

“What’s next depends on how these regulations for businesses change,” he said. “It’s made it very difficult for a small independent business to stay open. Big chains can all afford to have less customers, and the precautions taken, plastic between people. But all of that comes with a cost.”

Got a tip? Patch reporter Jenna Fisher can be reached at [email protected] or by calling 617-942-0474. Follow her on Twitter and Instagram (@ReporterJenna). Have a press release you’d like posted on the Patch? Here’s how to post a press release, a column, event or opinion piece.

This article originally appeared on the Waltham Patch

Thu Sep 3 , 2020
The government of Bermuda had teamed up with payment and FX exchange Stablehouse to launch a test pilot program for a digital stimulus token. The goal of the pilot is to explore the viability of digital tokens in the purchasing of food, essential products and services. The pilot has begun […] 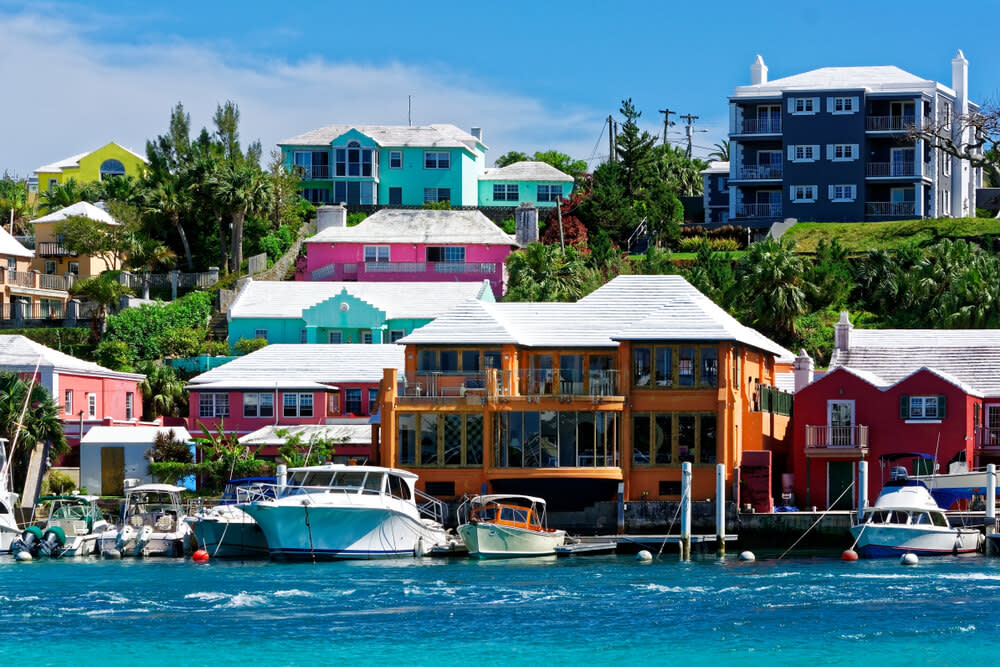